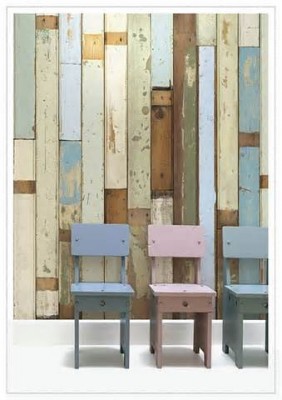 A collaborative and inspirational force for imondi, Piet Hein Eek has been turning scraps of wood into distinctive designer furniturelong before sustainability became the designer buzzword it is today.

A stellar graduate of the Academy for Industrial Design in Eindhovan, Piet first gained attention for his thesis project ‘Scrap Wood Cupboard’ in which he retooled the environmentally friendly ethos of “reduce, reuse, recycle,” by using fine cabinetmaking techniques to transform wood scrap into high-style designs.

After successfully selling all the cupboards from his graduation project he used the money to start his own design studio in 1992. Since then, the Dutch designer has built his business around old materials, saving discarded pieces of wood and working outside the circuit of mass production. Today, Piet is recognised as one of the foremost green furniture designers in Europe.

Piet first developed an interest in old materials after restoring a cupboard for his sister, he says, “I’ve also thought old wood looked nicer than the new. I like to give all different types of wood a new life.” And, while the green-loving recycling ethos has always been a priority for him, Piet believes it’s just as important to think about materials and engage with them in a responsible way. “It’s simple: Designers are generalists that interpret the world around them. We are educated to think about the whole process of making and so they are able to see different problems and opportunities that might help save the world.”