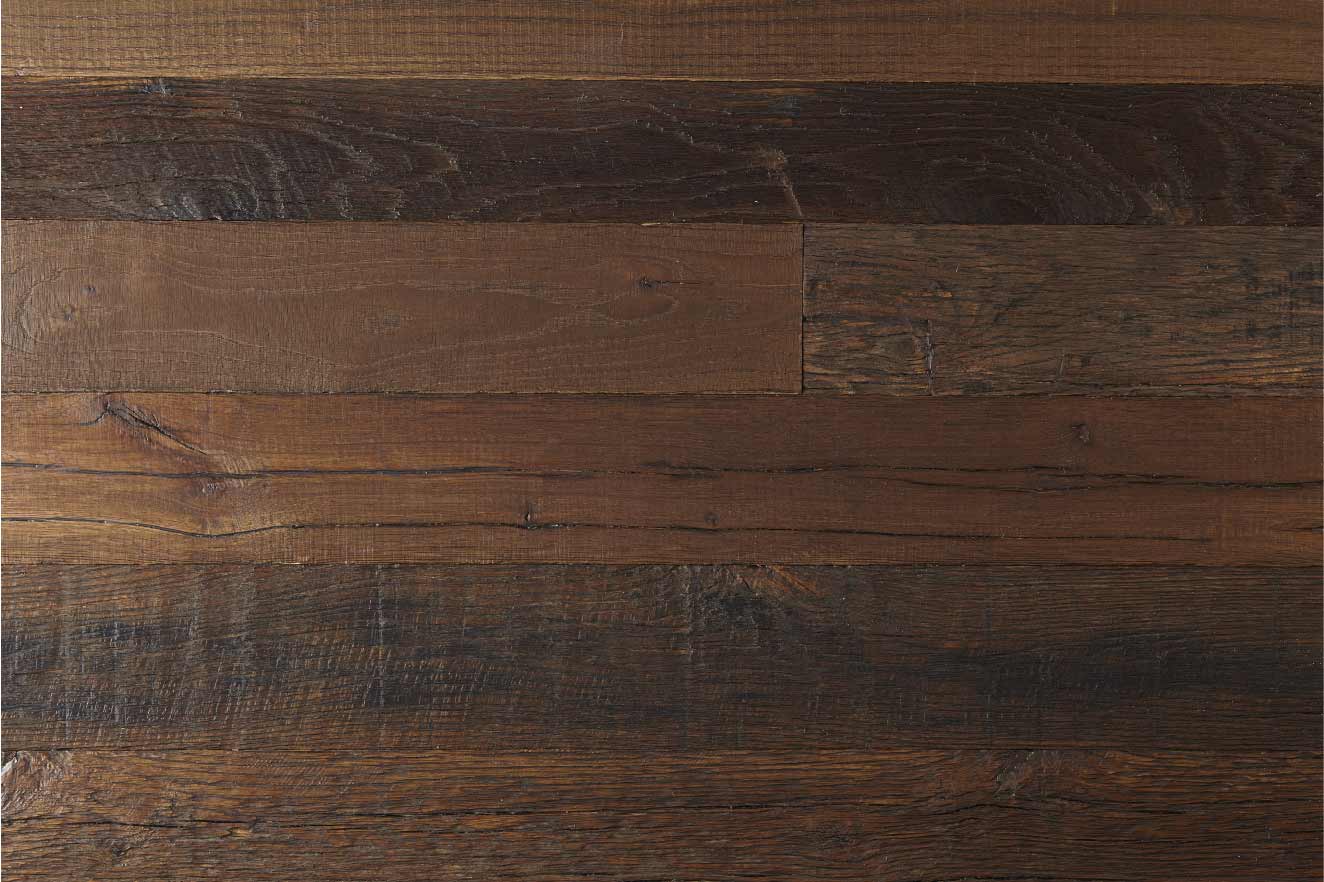 The distinctive look of imondi’s American Reclaimed Series especially attracts those who seek character and uniqueness in design, as well as a heritage and legacy that will continue to live on within the wood. Originating from oak forests that ran all the way from Virginia through to West Texas, the wood in imondi’s American Reclaimed Series is estimated to have been harvested towards the turn of the 18th and 19th centuries and then used in the construction of early barns and mills throughout the United States. Without electricity and machinery, early harvesting relied heavily on man power. A broad axe was the main tool used to hew out and square large timbers, and planks and boards were commonly pit-sawn. Harvested logs were constrained to a length of five meters as haulage was literally horsepowered. Logs were transported on wagons over nearby roads if they existed, but they were most often floated. Historically a large number of early mills were steam-powered and therefore located on the upper waters of the same creeks or on rivers in which the logs were floated down. Only as technology developed and machinery moved from steam power to electricity did mills migrate towards the forests. During the 18th and 19th centuries, wood continued to be the preferred material for construction. Many early communities saw barn-building as a way to evoke a sense of community spirit, tradition, and closeness to the land, and the structures themselves came to embody their traditions and heritage.